Mikey DiPietro is a familiar name to Canucks’ fans. He is a star between the pipes for the Abbotsford Canucks and has “future NHL starting goalie” written all over him. However, despite his superhero status on the ice, the 22-year-old netminder is a very relatable figure to so many of us off the ice. Cancer has impacted his life in a significant way and taken someone he loved dearly away from him far too early.

“My mom passed away from cancer in 2004 when I was only five years old,” said Mikey. “It started with breast cancer and then unfortunately spread throughout her whole body. She was a few weeks away from turning 39 when she passed on. She really made me feel loved as a little kid and as I get older, I really appreciate all that she sacrificed and what she was going through.”

The Windsor, ON product was five years old when he lost his mother, Rebecca, to cancer in 2004. Despite only being 38 years old, it was a long battle for Rebecca, dating back to the early days of her marriage to Mikey’s father, Vic. The love they had for one another was deep and the support shown by Vic to his wife and newborn son did not go unnoticed by Mikey. 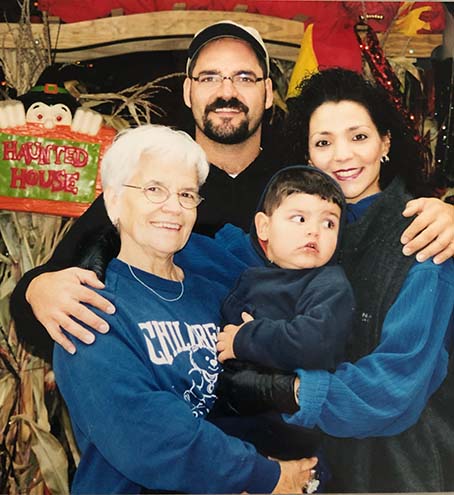 “My dad loved her so much and they really loved each other. My mom needed his support and then my dad would put on a brave face and come play with me in the living room. One day I hope I can find a love like that in my life.”

The bond between father and son is a tight one, but when one parent is forced to take on the role of two, the bond becomes that much closer. Even though Mikey was so young, Vic and Mikey relied on each other to get through the pain. 5-year-old Mikey obviously depended on his dad to support him and look after him, but Vic could also count on his son to make him smile after a long day at work.

“I have always said from day one, my dad is my best friend, and I'll keep saying that till the day I die,” said Mikey when asked about his connection with his father. “He's always been there for me. He is a blue-collar, hard-working man. And you know, he's somebody that has always found ways to get through hardships and stay positive in our lives together.”

“I think going through the loss of my mom brought us closer together. My dad has always kind of instilled in me that ‘life sucks sometimes, but you have to move forward because nobody's going feel bad for you.’ I call my dad every morning and he is my best friend.”

One of the most heart-wrenching aspects of losing a loved one is the realization that they won’t be present for your future critical life events. For most of us, that means someone important in your life will be missing from your wedding or won’t be there for the birth of your children. For Mikey, he has those same feelings and also knows his mother wasn’t afforded the opportunity to see all of his success on the ice leading up to his NHL debut with Vancouver in 2019.

“2004 was actually the year I first started playing hockey,” said Mikey. “She passed away in November of that year, so she only got to see me play a couple times. But the times she did see me play are still in my mind and it's definitely a main reason why I keep playing hockey today.”

“Seeing what she was going through and how hard she was battling, how determined she was to come to the arena to watch me play inspired me to work hard in hockey and in life because I know how much energy she was using to make me happy.” 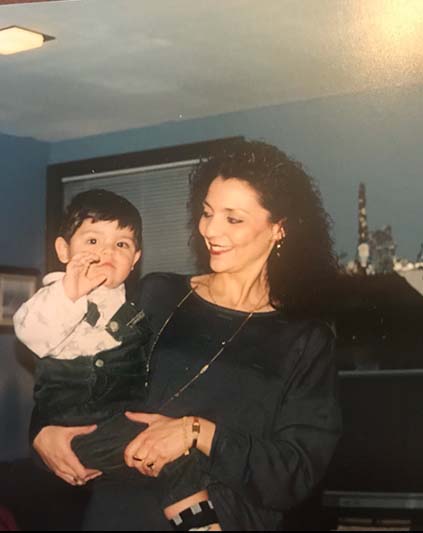 Italians are known around the world for two things: delicious food and deep family connections. Thankfully for Mikey, he has received plenty of love and support from not only his immediate family but also his extended family. His mother’s side of the family has stepped up to keep the memory of Rebecca alive.

“My grandmother on my mother's side is still alive and I’m very lucky to have her in my life,” said Mikey. “I’m also grateful to have my aunts, my uncles and my cousins on that side.”

“My memories of my mom unfortunately kind of fade because I was so young when she passed away. Obviously a few stick out, but I rely on my mom’s family to tell me stories about her and show me pictures.”

Thankfully, Mikey’s story has a happy ending. Vic remarried a few years after losing Rebecca, giving Mikey a new mom and a new brother to grow up with. Those two individuals have provided Mikey and Vic with love and support, helping them heal after suffering such a painful loss. Mikey describes his stepmom and brother as two of the most important people in his life.

“We were blessed for my dad to have met my mom, Assunta, now and my brother, Mark,” said Mikey. “I've got multiple moms in my life. I'm very blessed to be in that situation. I have a phenomenal mother at home who loves me and cares for me and I have a great brother.”

“And it’s been really awesome how my mom and brother have embraced my birth mom’s side of my family. It feels like I have one big family, which I love.”

It’s rare to find someone whose life has not been impacted by cancer in some way. Whether it be a family member, a friend or yourself, cancer has touched so many of our lives. This is something we need to change. Hockey Fights Cancer is an opportunity to raise awareness, but also an opportunity to join the fight to end this awful disease. 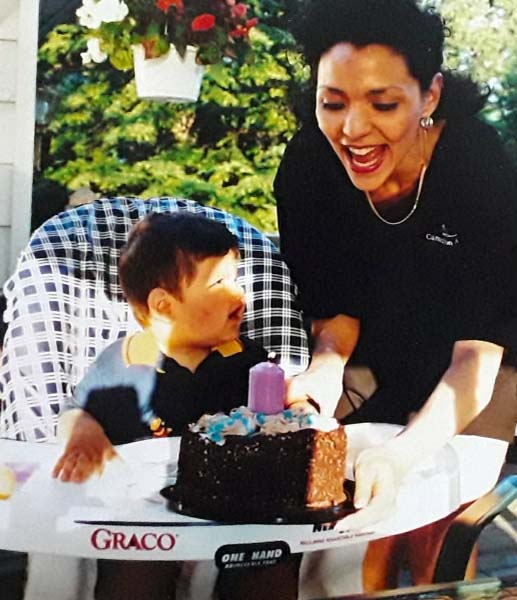 “My wish is that one day we don't have to deal with cancer anymore,” said Mikey. “Unfortunately, we aren’t there yet but I love having the opportunity to be part of Hockey Fights Cancer. This program not only raises awareness but also brings us together.”

“On the ice, we fight to win but off the ice, we're fighting for one common goal. I think Hockey Fights Cancer is near and dear to everybody's hearts. My prayers and thoughts are with everybody who is battling cancer, beat cancer and those who have passed on.”

Mikey’s story is inspirational and the way his entire family has come together to support him would make his mom proud. His experiences shaped him into the man he is today, which is a man of great character, generosity and maturity. Even if he had never put on a pair of skates, any parent would be proud to call someone like Mikey DiPietro their son.

“Cancer took a lot away from me,” said Mikey on the impact cancer has had on his life. “Not a day goes by without me thinking of my mom and I will always miss her. But I have to find ways to keep moving forward because I know she would want me to be happy.”

“It makes me feel better to know that every time I’m in net, my mom is watching me from the best seat in the house.”

Mikey and the rest of the Abby Canucks will battle the Ontario Reign on Tuesday, November 30th at Abbotsford Centre. This will be the Canucks’ Hockey Fights Cancer game and it promises to be a special night for all in attendance. Tickets are still available for Tuesday’s game, click here to purchase yours now!