Depleted Abby Side Shutout by Condors

Abbotsford, BC – The Abbotsford Canucks were shutout by the Bakersfield Condors, 4-0 on Sunday afternoon at Abbotsford Centre. Stuart Skinner earned the clean sheet for the visitors and Arturs Silovs was credited with the loss for the Canucks.

The Condors sprinted out of the blocks tonight, applying pressure on both ends of the ice from the opening puck drop. Bakersfield outshot Abbotsford 13-6 in the opening 20 minutes, and ultimately scored the first goal at the 11:33 mark. Raphael Laviore found the back of the net to give Bakersfield a 1-0 lead.

Bakersfield doubled their lead less than three minutes into the second period when Lavoie scored his second goal of the game. Devin Brosseau had the helper as the Condors took a 3-0 lead.

Cooper Marody scored at the 15:22 mark of the second period to extend Bakersfield’s lead to 3-0. Dmitri Samorukov and Phillip Kent had the assists on the goal.

Dino Kambeitz connected on a one-timer and found the back of the net to make it 4-0 for Bakersfield. The goal came at the 12:15 mark of the third period.

That is how this game ended as the Canucks failed to generate much offensively, getting outshot 31-21 en route to being shut out by Stuart Skinner. Once again, the team was undermanned tonight with only 16 total skaters. Excuses are not relevant in professional sports, but it’s worth providing context to explain the struggles. Five of the 16 skaters are players with PTO contracts and much of the 11 other skaters have recently cleared Covid protocol to return to action.

It’s easy to play the blame game when a team is struggling, but in this situation, forces outside of their control have impeded their ability to achieve positive results. Hopefully Abby closes out this series with the Condors with a big win on Monday night at Abbotsford Centre.

“We are dealing with a lot of adversity. I feel bad for the fans. Our guys are trying their best and some new guys are getting an opportunity, but I don’t mean to make excuses. I feel bad for our home fans. We want to show you more, but unfortunately we are just trying to deal with our situation.” – Trent Cull, Head Coach.

“I thought Artie (Silovs) was good tonight. The score was 4-0 but he played better than the score suggests. With Spencer Martin getting recalled to Vancouver’s taxi squad, Artie will be getting some playing time for sure.” – Trent Cull, Head Coach.

“It’s obviously been tough with the limited numbers we have right now, but at the end of the day no one is going feel sorry for us. For us in the room right now, we need to show up ready to go tomorrow. Tonight was clearly not good enough and we need to be ready to play tomorrow night.” – Noah Juulsen, Defenceman. 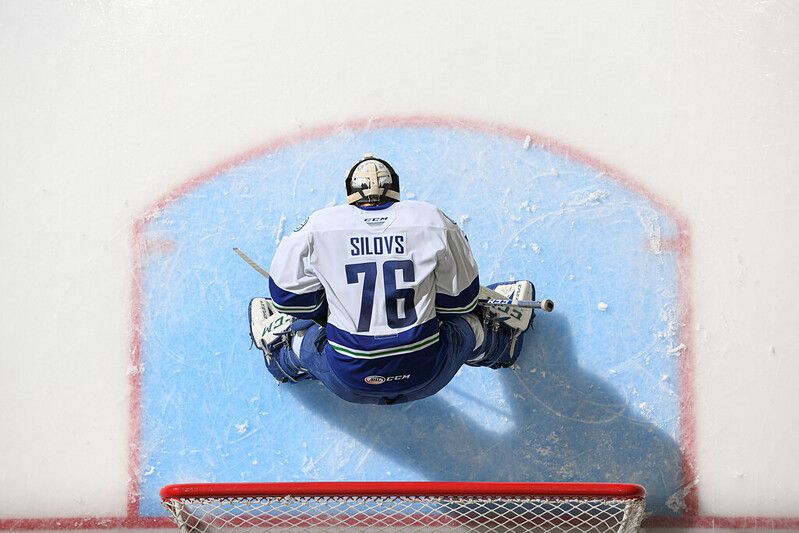 The Abbotsford Canucks (10-11-3-1) will play the Bakersfield Condors (11-8-3-3) in the finale of the four-game series on Monday night at Abbotsford Centre. Puck drop is scheduled for 7pm. The Canucks enter play with 24 points and sit in seventh place in the Pacific Division. Bakersfield is fourth in the Pacific with 28 points.