Sixteen (16) players from the roster appeared in at least one game with the Abbotsford Canucks during the team’s inaugural season in 2021-22. 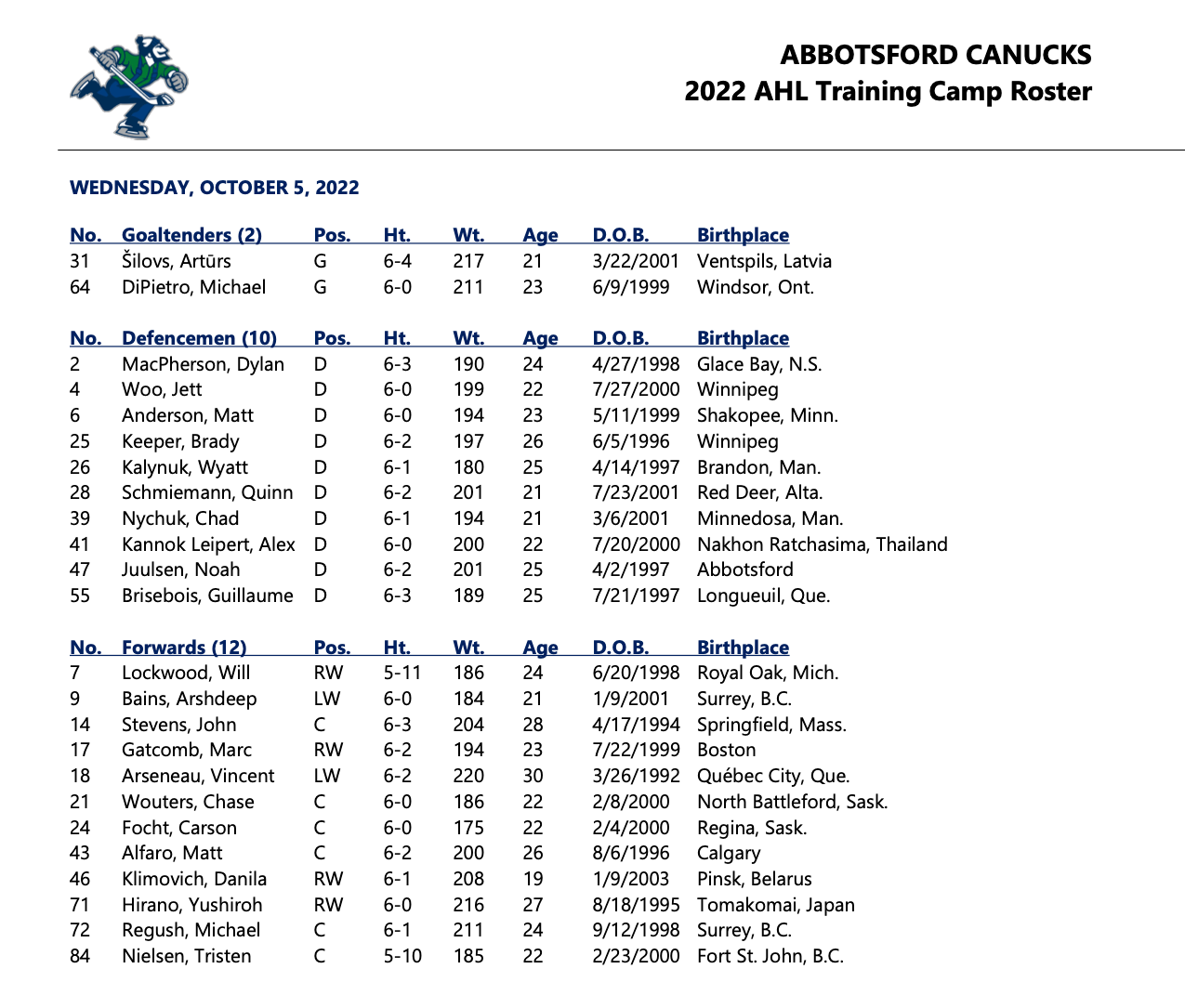