The Abbotsford Canucks (14-12-3-1) recorded their second victory in 24 hours against the San Diego Gulls (13-15-2-0), winning 4-2 on Sunday afternoon at Abbotsford Centre. Joe Murdaca earned his second win as a Canuck and Francis Marrotte took the defeat for the visiting Gulls.

The San Diego Gulls had the early edge in this game as they shot out to a quick lead thanks to Morgan Adams-Moisan. The goal came at the 8:06 mark of the first period. Sean Josling and Jack Badini had the assists on the opening goal for San Diego.

The Gulls’ advantage did not last long however, as the Canucks tied the game at 18 seconds later. Chase Wouters punched the puck past a sprawled-out Francis Marrotte for the equalizer. Noah Juulsen and Danila Klimovich had the helpers for Abbotsford.

San Diego stormed back to take the lead when Benoit-Olivier Groulx scored the go-ahead goal on the powerplay at the 11:24 mark of the first period. Brayden Tracey and Kodie Curran assisted on the goal.

The Canucks took over the game in the second period, scoring three unanswered goals in the frame. Vincent Arseneau got the scoring spree started at the 6:04 mark when he tipped home a Noah Juulsen point shot to tie the game on the powerplay. Juulsen and John Stevens were credited with assists.

Yushiroh Hirano netted his first AHL goal in last night’s game and he scored his second career AHL tally tonight. Hirano gave the Canucks a 3-2 lead at the 6:44 mark of the second period. Sheldon Rempal and Ashton Sautner had the assists.

Rempal saw how much fun his teammates were having scoring goals and decided to join in. The former BCHL star scored just before the buzzer rang out signalling the end of the period to give Abby a two-goal cushion. Ashton Sautner and Nic Petan had the helpers.

“Part of the recipe for success today was strong o-zone play and I felt like we did that. We knew that San Diego was short-staffed this weekend and that’s a difficult situation. We turned the tide in the second period, and we tried to wear them down. I thought we did a really good job of that today.” - Trent Cull, Head Coach.

“Scoring helps the team for sure, but for me my focus is always on my defensive game and the penalty kill. I’ve had the opportunity to play on the powerplay and have some offensive opportunity. For me, it’s all about keeping it simple and when you do that, good things tend to happen.” – Noah Juulsen on his five-game point streak.

“It feels great to get the win. I’m just trying to give these guys a chance to win every night. It’s all about being in the right position to make the right saves to limit rebounds. The guys in front of me make it a lot easier for me, making sure I can see the puck and making plays. Overall, it was a great team win tonight.” – Joe Murdaca, Goalie. 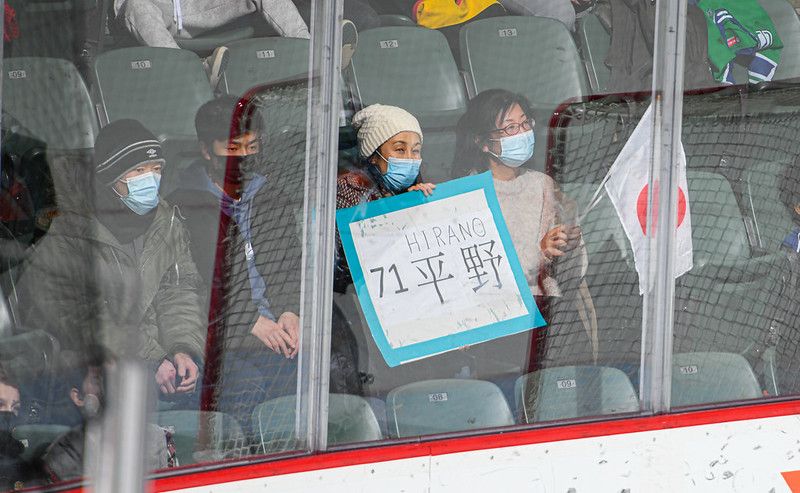 Yushiroh Hirano sent these fans home happy, as the Japanese native scored in the second period of today's game.

The Abbotsford Canucks (14-12-3-1) will head east to take on their Canadian rival, the Manitoba Moose (22-10-2-1) on Saturday, January 29th. Puck drop is scheduled for 12:00pm PT in Winnipeg. The Canucks currently sit in sixth place in the Pacific Division with 32 points. The Moose have 47 points, good for second place in the Central Division.